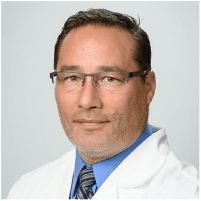 While benign, hammertoes are a most unwelcome addition to your feet, both in terms of comfort and aesthetics. To help straighten matters out, Mark Matey, DPM, offers comprehensive treatment of hammertoes at Florida Foot and Ankle. To get started, call one of the three locations in Jacksonville and Palm Coast. Or you can use the online scheduling tool to book an appointment.

Hammertoes are an aptly named condition in which the joints in your toes — typically your second, third, fourth, and even the little toe — contract upward, creating a hammer-like appearance.

On top of this, painful corns or calluses can develop on the top of these contracted joints, further adding to the discomfort that hammertoes can cause.

Hammertoes are created by an imbalance of the muscles and tendons in your toes, which is typically brought about by:

As well, if your second toe is longer than your big toe, you’re more vulnerable to developing a hammertoe.

How are hammertoes treated?

When you come in to see Dr. Matey, he assesses the degree of contracture to come up with the best treatment plan. In their early stages, Dr. Matey can treat hammertoes using a more conservative approach that includes:

More often than not, a combination of these efforts can be very effective at halting — and even reversing — your hammertoe. But the key is early intervention, which is why making an appointment with Dr. Matey at the first signs of a hammertoe is an excellent idea.

If your hammertoes are beyond these measures, or they continue to progress despite these treatments, Dr. Matey may recommend a surgical option to release the tendon that’s holding your toe. He performs this procedure on an outpatient basis with an eye toward a quick recovery.

For expert treatment of your hammertoe, call one of the three Florida Foot and Ankle locations or use the online scheduling tool to set up an appointment.